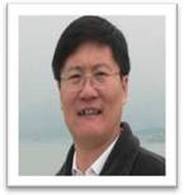 Dr. ZHU Chunquan has joined IUCN as the Country Representative for IUCN China based in IUCN China Country Programme Office, Beijing, China with effect from 01 March 2012. Dr. Zhu will be representing IUCN in China, working with the IUCN Councillor in China, members - both governmental and non-governmental, and commission members to build relationships and collaborative arrangements with all appropriate partners.  He also has responsibility for the management of IUCN’s Programme in china. Before joining IUCN he has been working as the Conservation Director for WWF China Since 2005, responsible for the overall management of conservation programmes of WWF in China including the Yangtze, Mekong and Amur River Basins, Forest, Species/TRAFFIC, Freshwater, Marine and oversees the operations of 9 field offices all around China. Before that, he worked as the Yangtze Programme Leader since 2004 and Director of the Forest Program at WWF China since 2000.Dr. Zhu had been working in the public sector for near 10 years. He was promoted as a professor at the Chinese Academy of Forestry in 1997, had been the contact person for the Montreal Process in the former Ministry of Forestry in China, the president of the Forest Stewardship Council (FSC) China Working Group. He has worked with various partners at different levels, and enjoys close contact with officials in various government Ministries. He has also worked closely on partnerships with international organizations，NGOs as well as private sectors. 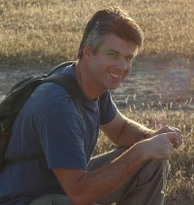 Dr. Philip Riordan is a Senior Researcher at the University of Oxford's Wildlife Conservation Research Unit. He manages a number of projects on wildlife conservation of large carnivores. He has worked in UK, China and Africa and has particular interest in the interfaces between people and wildlife. In collaboration with Shi Kun at BFU, Philip Riordan has played an active role in promoting conservation in China since 2008 and has helped develop a program for research and conservation of the snow leopard in China.
Philip Riordan's presentation will regard top predators, human conflict and ecosystem function: Can China's Protected Area network co-deliver biodiversity conservation and sustainable human development goals? 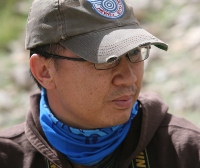 Dr. Shi Kun has enjoyed a diverse academic career, worked with multiple international partners and managed projects across a range of environmental disciplines. Since the founding of the Wildlife Institute Dr Shi Kun has led projects researching multiple species and habitats across China. An important part of his work is translating academic research into meaningful conservation through training local wildlife managers, building a collaborative network and improving our knowledge of species distributions. 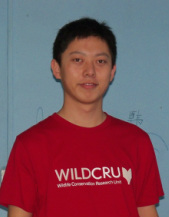